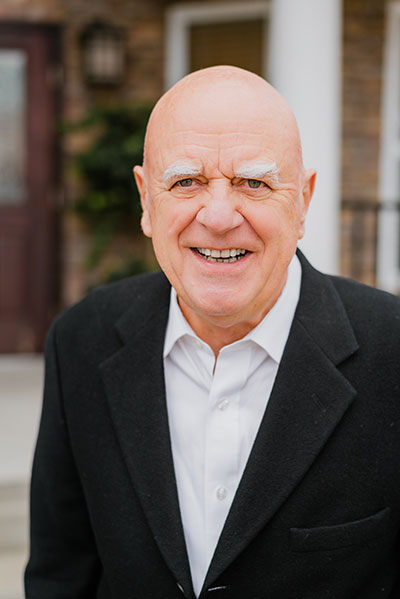 The day after Pat retired from Wachovia Bank in 2000, he filed the paperwork with state and federal agencies to establish Anchor Investment Management, LLC. Since that time the business has far exceeded his earliest notions of success on every level, and though he did not launch Anchor with the intent of leaving a legacy, its presence has made a positive and indelible impact upon the Columbia business community. Pat insists upon a client-focused culture with long-term investment principles for guiding the preparation of any portfolio, and he believes the character of Anchor has stayed consistent through several mergers because of the type of clients and talented employees it continues to attract.

Pat spent most of his youth in Columbia and wanted to be a businessman from an early age. He credits his father’s restaurant business with seeding his entrepreneurial spirit, and he graduated from Presbyterian College with a Bachelor of Science in Economics and Business Administration. Pat served two years of active service with the United States Army and nine years as a reservist. During his time in the reserves, Pat launched his career in the banking industry with First National Bank, which would eventually become Wachovia Bank. He worked 35 years in the banking industry, starting in the Trust Department and eventually retiring in the Investment and Wealth Management Division.

What started as a passion project for managing his own retirement portfolio became a business for Pat. During his career, he earned his Chartered Financial Analyst designation in 1973, but didn’t apply it until he started Anchor. He launched Anchor out of his home office in 2000 and built a client base through his extensive network of Columbia connections. Pat mentored Margaret Ellen into the investment planning industry and hired her on a part-time basis until he could hire her full-time. They acquired office space and eventually recruited John Moorman to join their team along with Carole Moser. Together they forged a business and a culture that values clients by eschewing commissions and forming genuine relationships with the people they serve.

Pat still operates mostly out of his office at Anchor, but when he isn’t there, he can be found outdoors either hunting or managing his other passion project—Anchor Timber Management. Pat centers his life around his family and his faith, and he loves spending time with his wife, Jane, their three children, and seven grandchildren. He and his wife attend services at First Presbyterian Church of Columbia where Pat is elder emeritus.

Graduated from Presbyterian College with a B.S. in Economics and Business Administration

Former Chairman of the Board of the Laurel Crest Retirement Center

Serves on the session at First Presbyterian Church in Columbia

Former Chairman and board member of the South Carolina Forestry Association

Serves on the Advisory Committee of County Foresters Boards